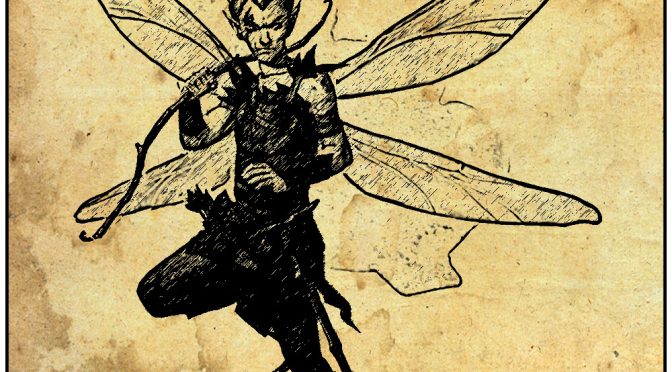 This week’s 50 in 50 adventure hook is The Hermit of Castle Ruins.

The Hermit of Castle Ruins is a small, drop-in location. In a ruined building near a port town lives an old hermit, believed to be a monster or even an undead creature by the locals, who have tried to kill it once already. They are still offering a reward for the creature’s destruction. The characters can investigate, and perhaps claim the reward.

I am getting better at remembering to update the monster wiki with new monsters as and when I create them. This week I have added Sprites, as a humanoid/fey and the Kraken under Monstrosities. We also have our first ‘normal animal’ being the Aurochs, a great big bison type of cattle. The Aurochs is probably limited in usefulness but better to have it and not need it than need it and not have it. There is no Aurochs in C&T so I genuinely needed to create that creature for an adventure.

Please remember that anyone who is logged in should be able to add to or edit the monsters in the wiki. If you want them to have skills or professions or create new variations then feel free and get stuck in!

So that is this weeks round up of publications.

4 thoughts on “The Hermit of Castle Ruins”