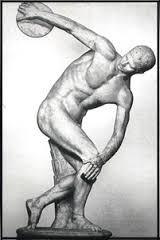 I was going to go back to my long simmering Shadow World Spin Cycle blog topic, but since there is so much discussion around “meta-skills” I thought I would continue with rolemaster skill consolidation.

We’ve been using the RMU fatigue rules for several years now and before that used a simplified version of the optional fatigue points rules. As I’ve mentioned before, I think fatigue is a critical component of our campaign and a major narrative point in fantasy literature. (Frodo’s walk towards Mt. Doom as the penultimate example). Given that we had included “Endurance” as an important, primary skill. At first, the skill bonus was used for fatigue points and then later using the RMU beta the skill bonus was used for fatigue checks (rather than body development). I saw endurance/cardio fitness as distinct from body development and wanted to separate the two to allow for non-fighter types to have good endurance without the automatic benefit of more hit points.

In the past year we’ve further consolidated skills and rolled the “Endurance” skill into a meta-skill: Athletics.  We refer to this as the “Bruce Jenner” skill–think ancient Greek athletes and the decathalon. Athletics includes cardio endurance, hand/eye coordination, throwing (for distance not necessarily accuracy), jumping, running, hiking and even feats of strength.

While it could be argued that many of these subskills should use varying stat bonuses, I generally use Str/Ag/Co. The meta-skill is meant to be a broad indicator of general athleticism and physical games. Certainly a few of these lose some “realism” by not having more specific stat bonus assignments but for this one, simplicity wins out!