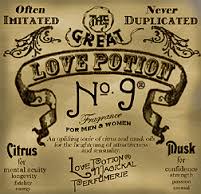 I hate potions. Ok, perhaps I don’t feel that strongly but I certainly don’t use them a lot., and thankfully Terry doesn’t use them either in his Shadow World setting. So what is it that bugs me about potions….

Potions are a common trope in early fairy tales and mythology, a standard in RPG’s and are a critical mechanic in many computer video games for health or hit point rejuvenation. Maybe that’s why it feels like potions have “jumped the shark”. Rolemaster already has a comprehensive spell and herb healing system–why duplicate that with healing potions?

So while I do have rules for “consumables” (candles, potions, charms, powders– items that get used up to activate the spell effect) I generally shy away from their common use. Potions are silly.

Just had to get that off my chest. Back to Spell Casting Mechanics: Channeling.