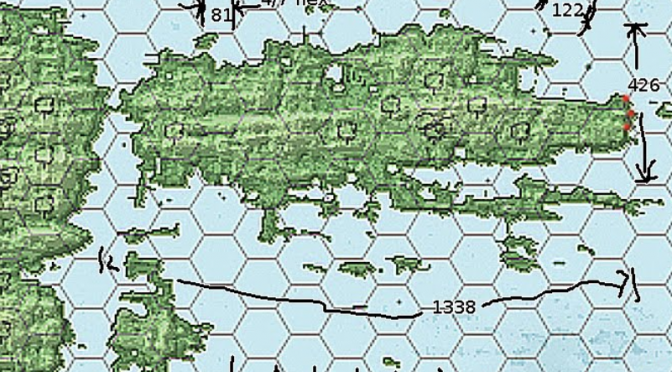 Quite a while ago now I produced half a dozen blog posts in support of Ken Wickham’s Aioskoru world setting. Things than kind of went off the boil a bit and I didn’t do much more beyond describe NPCs, three settlements and some adventures based around a ship full of orcs.

So recently Ken emailed me and said that he had bundled up a lot of his Aioskoru material from his blog and posted it on RPGnow. He had kept the format simple so that it was easy for him to update but he was putting it our there. He has had over 200 downloads of the material he has produced which hopefully means that the setting may get more supporters and continue to grow and develop.

I am always willing to lend a hand so I bundled up my old blog posts, re-edited them to turn them into a coherent supplement and submitted them to RPGnow. They have only been up for a few days but they have already had about 50 downloads. You can download them yourself for free at the link below. (click the cover image)

Melos, A contribution to Aioskoru

The ship on the cover refers to the sloop full of orcs in the featured adventure material.

If you want to download it and you like anything in it then let me know whar you think!