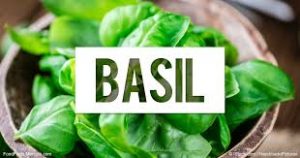 [[Updated. While I was writing this Peter posted his Friday blog on the same general topic!]]

I’m fairly close to publishing a complete version of my BASiL spell system. At this point, I’m making it generic for use with any d100 system and will make it available on RPGNow.com. The project was always meant to be flexible and used with any system (much like the original RM!). I had already discarded the specific attributes of ‘Realms’, and replaced it by classification by casting mechanics.

Everytime I review or revise BASiL, I’m struck by the very same conclusions–and now after writing 50th level adventures I feel my instincts are dead on.

In my own campaign, “pure spell casters” (no matter what the realm) are resource limited to a core group of specific powers and perhaps a handful of open or closed spells using individual spell acquisition. On average, they are able to buy 3-4 spells/lvl which costs them about 1/2 their available DPs! Depending on the ‘realm’, they’ll still need to acquire magical language, prayer, mental focus, runes or similar complementary skill to properly cast spells. On top of that they need to develop PP’s as well!

Of the three issues I discussed above, I have addressed them thusly:

3 thoughts on “Spell Law Deconstruction: Too Many Spells. Too Many Powers. Too Generic?”