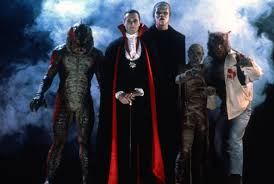 I hope everyone had a great Thanksgiving! (here in the USA).  We are winding down another year at Rolemasterblog so maybe Peter will do a “Year in Review”? We have lot’s of ongoing projects and some cool stuff planned for 2018. Personally, I have so many irons in the fire it’s feeling a bit overwhelming! I thought I would do a quick overview from my persective:

The original Monster Squad would make for a great classic adventure–I’m going to write that and post it next October for Halloween. This would include:

Unlike the movie, this adventure would have the creatures as pre-gen PC’s. I’ve got a great outline for an adventure that would be around 15th to 20th lvl and 3 ideas for plots and foes. What possible enemy or situation would force this group to band together…and save the WORLD?!!

A couple of ideas I’m tossing around for a Monster Squad set in Shadow World: 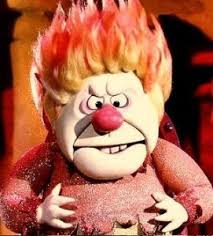 My last idea for the “LEGENDARY SERIES” is an adventure using holiday/fantasy creatures. This might be a great intro adventure for kids or just a fun version for Rolemaster Lite/d100. Something like this:

The goal is to create on-off adventures using famous characters to add some fun and accessibility to new players but using the gritty RM ruleset. Who wouldn’t want to “E” 66 Santa? Any suggestions for a cool Monster or character PC?

7 thoughts on “Sunday Musings. Projects in the queue and the Monster Squad!”