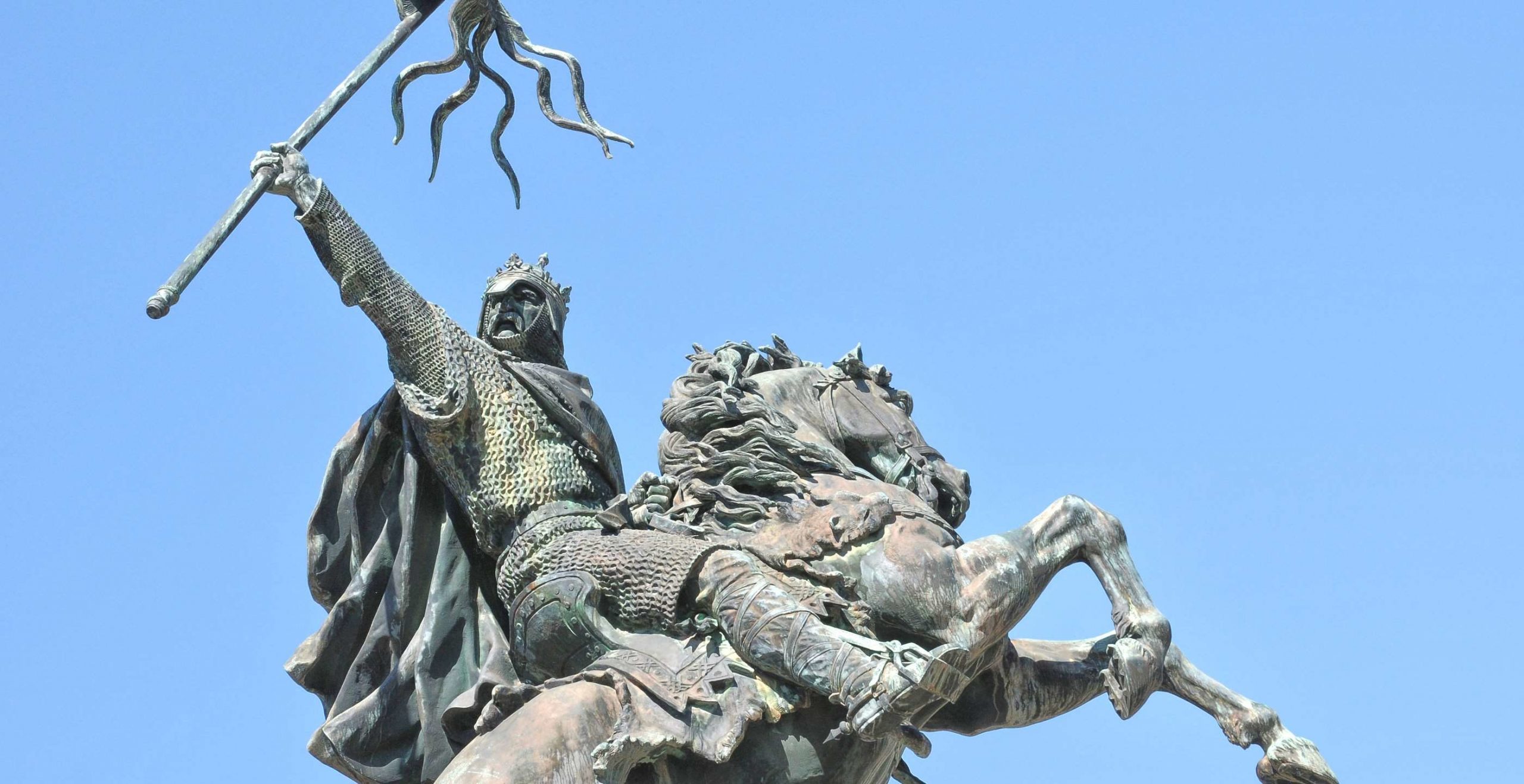 As part of my project of translating RM2 classes into RMU, I am turning to consider a personal favorite class of mine, the Armsmaster/Noble Warrior. I’d be eager to hear your opinions on how to make him awesome in RMU.

As I’m doing that, I’m also considering another pet project: creating a Rolemaster version of another favorite class of mine, Dungeons & Dragons’ Warlord. So if you have any thoughts on the Warlord, now is the time to make them known!

Why am I treating them together? Because I think they are quite similar classes, and work best as semi-spell users with a martial, heavy-armor focus. I’d like to make them into two separate classes. I see the Armsmaster as a kind of supreme individual combatant, a Kensei/Swordmaster devoted to swordsmanship; but I see the Warlord as a battlefield commander/centurion/tactician who is all about buffing and empowering the group as he leads from the front.

Why do I want to bring these classes to RMU? Well, aside from the fact that they are just darn fun to play, I think RMU does lack a heavy-armor based Mentalism semi; and we had one in previous editions. JDale has even given us his own suggested costs for the Armsmaster in RMU. But by default, RMU offers us just the Magent, who is more stealth based, and the Monk, who tends not to use armor at all. What if you want to maximize one of the great benefits of the Mentalism realm (i.e. no Transcendence penalties) to create a more martial semi who combines martial skill with a commanding presence and force of will? What if you want to play as Alexander the Great, William the Conqueror, Saladin, Genghis Khan, or Oda Nobunaga? Then the Armsmaster or Warlord is what you want.

First, let’s do a little history of the Armsmaster/Noble Warrior class. The Noble Warrior first appeared in RM2’s Companion III. He was presented as essentially a Paladin without the religious element: he had an exacting moral code, and high entrance requirements, as Paladins had in past systems going back to D&D, but he was more of a vassal to a lord than a champion of a god or goddess. He was therefore a semi-spell user of Mentalism rather than Channeling. Companion III only offered two new spell lists for him: Noble Armor, which had defensive and armor buffs; and Noble Weapon, which had weapon and attack buffs. RoCoIII advised taking his other lists from those of the Paladin (one list was suggested), Beastmaster (two lists), and Monk (five lists).

Rolemaster Companion VII offered a similar class, called the Armsmaster, with virtually identical skill costs, but presented it more as a kind of soldier-class (without the moral code), and fleshed the class out better with a full suite of five spell lists: Battle Trance; Commands; Encampments; Martial Law; and Warriorblade. These lists included several more group-oriented and military style lists, with spells that buffed groups and military skills (tactics, military organization, leadership), and were useful in mass combat. The archetype here was more William the Conqueror than Miyamoto Musashi.

Finally, the RMSS Mentalism Companion seems to me to have brought these two classes together, under the name Armsmaster, with six full base lists of their own: Armor Mastery; Battle Law; Fortress Law; Martial Law; Warrior Law; and Weapon Mastery. It had both individually oriented and group oriented lists.

This brings me to the Warlord. I see an opportunity here to create two quite distinctive classes for RMU. Many of the Armsmaster spells deal with group buffs, in a way that the Noble Warrior’s spells really did not. There’s enough in the Armsmaster lists to just focus the Armsmaster on individual combat. This version of the Armsmaster could be a lone Samurai, a Kensei ‘sword-saint’ like Musashi, or a knight errant. He would be to the Fighter what the Magent is to the Rogue: namely, a semi-spell version of the class, whose power comes as much from mental discipline and force of will as from physical training.

Doing that gives me the space necessary to create another, more group-combat and command-oriented Mentalism semi, namely, the Warlord. As I understand it, the Warlord emerged out of D&D 3.5 expansion material’s Marshal class, which was intended as a group-oriented commander. (Real history note: the medieval ‘marshal’ was usually the officer who commanded the army on behalf of the king – the king’s tactician, if you will). The class was renamed Warlord for 4th edition D&D, and it was a ton of fun to play. I played one through an entire campaign and in fact it was perhaps the most enjoyable character I’ve ever played.

Reactions to the Warlord class were mixed overall, it should be noted, for several reasons. Some people really disliked the idea of a martial class that could heal; the Warlord could inspire his allies to regain hit points in a way that broke the suspension of disbelief for some players (‘shouting a severed arm back on’ was one common complaint, even if it was a little misguided, since D&D did not normally describe hit point damage in terms of severed body parts). Others objected to the name: in English, Warlord has a somewhat sinister connotation, as a term one might apply to Somali pirates or Taliban terrorists. Still others disliked the class because it was a core class in 4e when some others were left out (e.g. Druid and Sorcerer). And some people criticized the class because they just plain old hated 4e in general.

So how can we translate the Warlord into Rolemaster without cheesing people off? I plan to do the following:

–The Warlord will be a group-oriented buffer, but he will not be healing wounds like a Cleric. He won’t be casting clotting or severe cartilage damage healing or regenerate limb. Instead, his spells will be doing things like granting temporary hit points through spells like Unpain (the Warlord inspires you to push through your pain), fatigue relief (the drill sergeant is on your case to get up and move), and stun relief (your commander snaps you back to reality and gets you back into action).

–The Warlord will have an alternate name or names for those who don’t like the connotation: Marshal is probably the leading candidate, though I also like Captain (which was used in the Middle Ages for someone of the knightly class). We can’t use Leader because that was already used for a pure Arms-using class in Rolemaster Companion IV, and the debate about the term ‘Warlord’ has shown that many players dislike ‘leader’ because it implies that the rest of the party have to take orders from that character.

So that’s the plan so far. What do you think? Are there any particular Armsmaster spells or Warlord powers that you can recommend I include? There are lots of spells to make – 6 lists each for two different classes! – so there’s probably a slot for your favorite. Let me know.

9 thoughts on “The Armsmaster and the Warlord for RMU”