I have spoken about giants and the local legends before in When is a rock not a rock? Now it just so happens that I encountered a couple more giants last weekend then they deserve a bit of an honourable mention, especially as they stood still long enough for me to catch them in a photo. 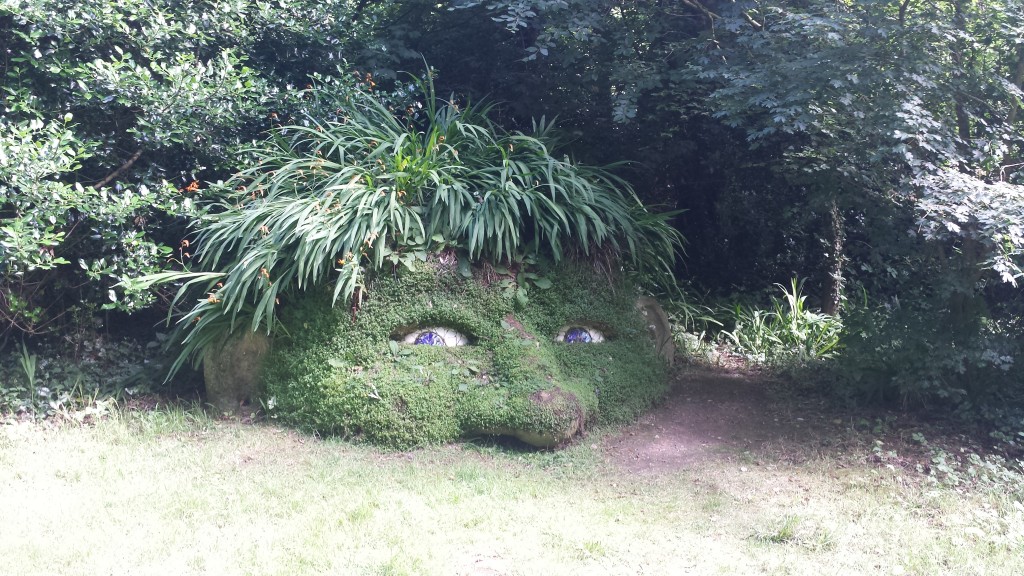 It appears out first giant has just woken up and could be in a bit of trouble. I think I read somewhere that the head represents about 1/7th of the entire body so the bit you can see was about 5′ and was half his head making him approximately 70′ tall if he stood up straight. 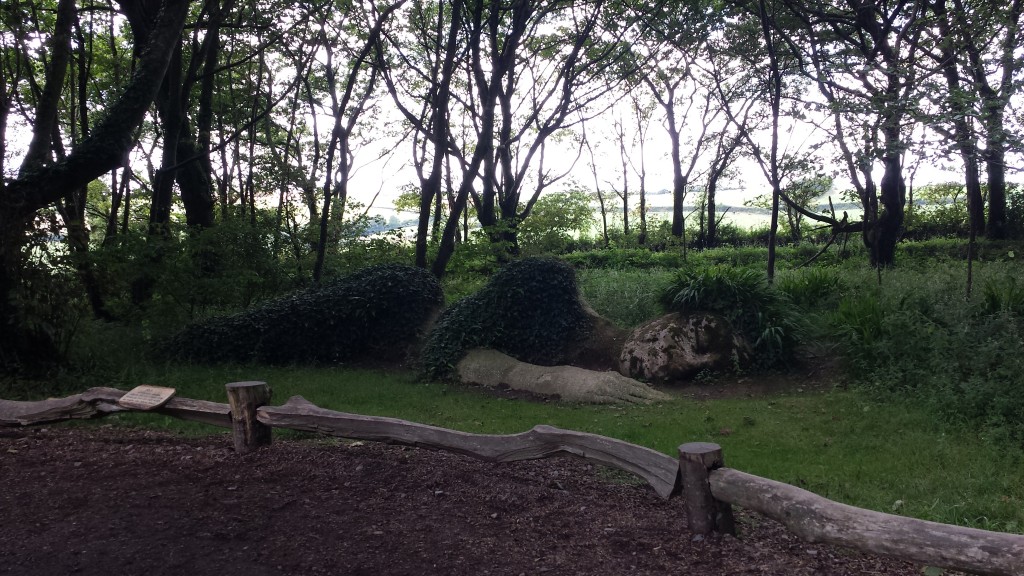 Out second lady giant is considerably smaller at a meer 35′ tall and somewhat more shapely than her male kin. Obviously both giants have been slumbering sor quite a while which is why nature had almost entirely concealed them.

In my world I get to choose from a whole host of giants from the Arcane and Cyclops which are fairly distinctive to (and this is a pretty give list) Cloud, Desert, Fire, Fog, Formorian, Frost, Hill, Jungle, Mountian, Reef, Stone, Storm and Wood Giants plus Ettins, Firbolg, and Verbeeg.

In the RMU Creature Law (I know, I just couldn’t keep away!) you get a selection of the most common eg Cyclops, Cloud, Fire, Frost, Hill, Mountain, Stone, Storm, Forestand Water Giant plus three known as Minor, Normal and Major. In RMC you get same cast as RMU.

So who has the toughest giants? The answer has to be RMU giants kick arse! The reason being is magic. In AD&D giants did have inate abilites and there was always a chance that a giat has a low leve cast with them. In RMC wach giant has a couple of spell lists (up to four lists for Cloud Giants) but RMU Giants are incredible spell casters with the king of the heap being the Mountain Giant with 14 spell lists to pick from all to the giants level.

Reading the RMC and RMU giant monster descriptions I am reminded somewhat of the original Greek myth variatons of the giants rather than their Norse brethren but most of all I was really impressed with the reworking they have recieved in RMU.

But what about the missing giants? The Jungle Giant, Firbolg and Verbeeg etc.? These are going to be pretty easy to convert over for my game if and when I need them but now I have refreshed myself with the Rolemaster image of giants I think I may be giving them a bit of a shot in the arm and a general beefing up. Now that has to be a job for a lazy summer afternoon.