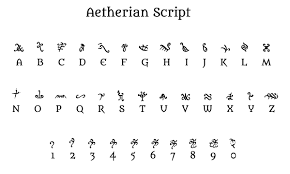 Warning: this might be a whisky rant as well.

A recent THREAD at the Rolemaster Forums is discussing Magical Languages. Since I have some opinions on this subject I thought I would write a quick post. For those following my discussion on BASiL or have downloaded the spells probably know that I use a “no profession” system for my own Shadow World campaign.

After reading lots of comments I realize that most people only understand my reference to “no profession” as a direct reference to the RM system “no profession”. That’s not it at all! My players have profession names–but those are descriptors driven by the sum of skills and abilities of the character. With BASiL I allow access to all the realms (but  I have no hybrid realms which break logical mechanics). Professions and classes do reinforce group roles, but again, Rolemaster mostly broke that a long time ago…AND…that’s why players liked it! So having broad access to all realms has the appearance of unbalance but it’s really just the case of applying “free market” principles to control player skill selection. Early on, I decided to use pre-requisite lore skills to gain access or use certain spell lists. This would be similar to requiring advanced math to do astronomical calculations or basic anatomy for healing skills (spells or otherwise). So BASE lists might require more lore ranks to learn while OPEN lists only need a few ranks. To me that made sense. But BASiL is a work in progress and participation in the Rolemasterblog and RMForums has introduced me to new ideas.

So lately I have backed off on the Lore skill pre-req approach. It added too much to my skill offering and was not tight enough. Instead I have changed my approach to the use of Magical Languages. It’s such a simple, elegant mechanic and solves a lot of problems.

In the past, Magical Languages have been a “bolt-on” mechanic; introduced in Companions and referenced in SW for added casting bonuses etc. Spell casting requires certain mechanics: verbal, gestures, focus, components whatever. But what is that verbal and gesture component? Should it have an underlying science behind it? Is the verbal component linguistically diverse? Can a French person speaking french or a German speaking German recite the same words in their own particular language to cast? That makes NO sense! Immediately, it would be argued that they aren’t speaking French or German but reciting “arcane sounds”. Exactly!!–casting requires a power language of some time that is divested of speaking languages. Once that is accepted the conclusion follows the logic: spells need be cast using a magic vernacular, a magical language. This doesn’t have to be just verbal recitation but gestures, body motions, chants or katas.

If you accept that, than building a number of magical “languages” becomes a powerful tool to limiting spell list access rather than arbitrary “professions”. An Elemental Language might allow casting element spells, while another may allow for Illusions, Arcane or other.

From a mechanics standpoint, I use the Magical Language skill bonus for the SCR. How can anyone cast a high level spell if they have a kindergarten mastery of a language needed to cast the spell? Mastery of magical language is mastery of casting. Creating numbers of “Power Languages”  that are needed for certain types of magic limits a casters ability to learn a wide range of spells and therefore reinforces “class tropes”. (on a side note, to me, the very people that argue for professions LOVE the Arch-mage, Warrior-Mage, and other unbalanced classes).

8 thoughts on “Current Affairs: Thoughts on Magical Languages in Rolemaster and Shadow World.”