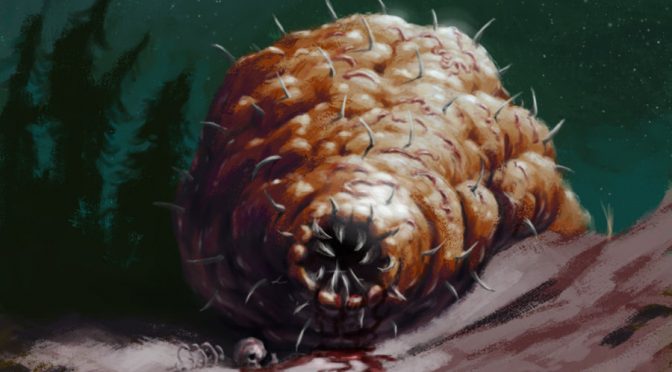 I am back from my weekend of gaming and these long weekends take their toll on this poor old GM. I feel this is game recovery week when I try and get over the effects of too little sleep and the diet of a 18 year old student. Gone are the days when I could game until 3am night after night!

The game went well, the evil magician escaped but following the antics of the players he is going to have to do some serious remodeling at home! The party are all spell casters and when faced by their third locked door resorted to using a pair of lump hammers and entering rooms like some kind of police raid. What was interesting was how often some of the situations turned on a single lucky dice roll.

The first instance of this was a situation where the party were bottled up in a small chamber, arrowslits and murder holes pointed into the room and before them were some heavy stone doors. Out side the room firing in were skeletal warriors under the control of our villain.

The priest tries casting repulsions and on a roll of 97 (base spells roll) destroys every single skeleton at the first invocation of his gods name (Torm, if you are famiiar with the Forgotten Realms panthion). That gave the lump hammer wielding front row the break they needed to get at the doors. I had expected that killing zone to pose a real problem for the players. Their first attempt was them getting as close as they could and then casting Sleep and waiting for the sounds of falling bodies. Two spell casters wasted sleep spells before they spotted the archers were undead.

The second dice roll was a perception roll. The bad guy was on the run and trying to make his escape with his more precious posessions. In the romm next door the party were searching for any sign of him, believing they had killed everything in this part of the underground chambers. At the first attempt one of the players made an open-ended perception roll of over 320! So much for the quiet get away.

It was not the slickest ‘dungeon’ clear out I have ever seen but I am beginning to see the start of the party gelling together. Several times they failed to communicate and we had people either casting completely contradictory spells. The Warrior Mage cast sleep on one foe just as the Sorceress cast Vacuum on the same target. In the next fight the same two clashed again by both preparing can casting Sleep VII and a Sleep VI on the same target. These at least started the conversation about working together.

It also highlighted the weakness in that the party have no real healer, the cleric doesn’t have any serious healing spells, just concussion ways, and the seer who has been playing the role of healer only has first aid and some herb lore. The party also lack a scout or thief. This time they got away with using lump hammers and they had left locked doors alone until they had probably killed all the other minions. Their approach is not so good if you are worried about maybe trying stealth for once!

The only creature left alive as far as the players know was a huge worm type creature trapped at the bottom of a pit. It looked somewhat like this… The party managed to gather up all the evil magician’s healing herbs, that comprised most of the ‘treasure’ in the adventure, and throw it down the pit. They knew the magician was performing dark rituals to create animated wooden effigies to do his dirty work. When they found his ritual chamber they gathered everything including the herbs, threw it in the cauldron and tossed the lot down the pit.

I suspect the party could do with a better herbalist as well!