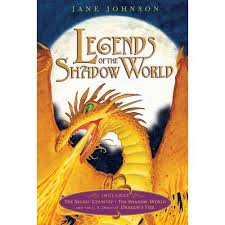 This is a continuation of my previous blog post on “Legends of Shadow World“, an adventure series I’m writing for characters level 40-60th. Last night the group attempted Chapter 2 (out of what is now 5 total chapters)! It’s getting longer….

While I thought I would replace the current group with other SW personalities of higher level, I didn’t have time this past week to put together the replacements. (btw: I liked T’vaar Dekdarion but I think he’s still in a coma an assassination attempt by the Cult of Stars). I did end up bumping the characters levels a bit:

The biggest change was allowing Chomen access to his 50th lvl Spell “Master”. (this is one of a few allowances I’m making while using RM2) All of the characters were effective, but the Navigator felt constrained due to his organizationally mandated neutrality. I may need to replace the Navigator in the group and just have the PCs use Navigator services when needed.

Chapter 1 introduced some environmental challenges and restrictions (Essaence Fluxuations) while Chapter 2 has different restrictions, this time on Channelers. The PCs were already depleted by Chapter 1 and Chapter 2 occurs immediately so there is no time for the group to “recharge”. C2 is more of a traditional dungeon crawl, with traps, guardians etc. For the most part, the group progressed slowly but steadily, but the challenges continued to erode their resources. The final confrontation proved to be a surprise–there are RM creatures that are incredibly dangerous to even high level characters! And no, they are not Shards.

While the players followed a fairly directed route that I sketched out, I’m going to flesh out the rest of the complex for the eventual published product. I think it’s going to be an amazing place to explore!

I think my biggest take away: even though there is lots of talk about high level spell casters having an advantage over non-spell users at higher levels, the reality is that casters better get good at some type of combat skill! Large numbers of semi-powerful creatures can overwhelm and defeat the most powerful caster and smart opponents will target casters who try and stay back and cast spells. (Isn’t that always how PCs beat tougher opponents?)

So far, I’ve been pleased with how the RM2 system rules are holding up at these high levels but a bit sad my group is back using RAW rather than my own simplified system. (although we are using the simplified encumbrance rules). My players and I discussed the differences playing this in RM2 versus our normal SW campaign using our own ruleset (SWARM). Here are some thoughts: