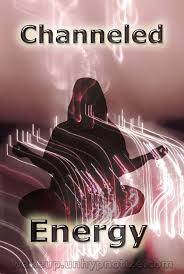 As part of our efforts to create a viable “no profession” Rolemaster rule set we’ve focused on distilling skills down to as few as possible meta-skills. I think I’m down to 45 or so total skills in our S.W.A.R.M. rules but after reading some of Peter’s ideas I think I can get it down further. Part of the goal is to just stop skill bloat, increase game simplicity and to create more parity between skill utility.

Today I want to talk about consolidating a number of power/channeling skills down to one meta-skill: specifically Power Points, Channeling, Power Projection and Power Perception. Let’s explore them individually:

Power Points: Obviously PP is a KEY skill—it sets the amount of power a spell user has to cast. From a functional standpoint this infers several things: this skill allows players to absorb power, store power and expend power. Sort of a receiver, battery and transmitter.

Channeling. Channeling appears to be a fairly major mechanic in the original RM rules. Not only are pages devoted to the concept of transmitting and receiving power and spells but there are a number of spell lists that concerning channeling as well. In all my years playing RM I have never used Channeling as written in the original rules, nor has anyone used any of the channeling related spells in Spell Law. There is an interesting idea here but not sure it proves practical in normal gameplay and/or combat. To make matters more confusing, Channeling the skill has really nothing to do with tapping your gods powers or the realm channeling itself except in terms of profession related skill costs. I’d be curious to hear if anyone has used Channeling spells RAW in game play. Either way, it’s clear that Channeling the skill allows a player to acts as a transmitter and receiver of PP’s and even spells.

Power Projection. In all honestly I’ve never used this skill, not sure what rule set it belongs too but I am intrigued by the concept of spell casters able to project their PP’s in some sort of test of will or strength. The last time I looked it didn’t seem very useful as written but there might be something there. As a stand-alone skill I’m definitely not convinced. Equally intriguing is the idea that spell casters could simply project, OR CHANNEL, raw power to inflict damage. (However, this might be a better idea to explore using Arcane magic). Either way, Power Projection may have some utility and from a practical standpoint the skill allows the caster to act as a power transmitter.

Power Perception. This is another skill that I don’t use—I try to keep a strong firewall between skill ability and spell ability and Power Perception blurs that line allowing a skill with magic like ability. However, in SW there is an argument that Power Perception could be a trained sensitivity to the Flows and Foci of Essaence or a racial ability. Basically the skill allows detection/attunement to raw power.

In summary these four skills are closely related: allowing for detection, receiving, transmitting or storing of power. Does it make sense to roll these into one skill? I think so and we have. We now use 1 skill, “Channeling” that encompasses these related facets.

The skill bonus is used to determine total PP’s, skill checks for sending or receiving power (we allow PC’s to charge items and draw PP’s from storage crystals). The # of skill ranks is used to determine the Rate of charge/discharge at rest. So a Mage with 75 PP’s and 10 ranks of Channeling would recover 10 PP’s/hour. Or would need 4 hours to re-charge a wand with 40 PP’s.