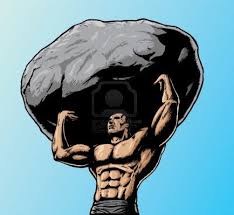 Well I got sidetracked yesterday and missed my attempt to post “A blogpost a day”.

In one of Peter’s blog posts, he sparked an idea for establishing character abilities that are dependent on Stat scores rather than a developed skill, stat bonus or level. For those that follow my blog posts, I’ve been in the process of reducing the # of total skills and trying to decouple level from intrinsic ability so this had an immediate appeal. Tying into RMU and past RM optional rules, I’m calling them “Feats”. Each stat has a corresponding function that uses the full stat value for resolution. Some benefits:

This is a work in progress and needs much more thought and testing, but I have sent the outline to my players to incorporate into the next game session. (they call them “Interoffice Rule Memos”—I generally make changes or adjustments every session). We will try to assess and fine tune based on gameplay and feedback.

Each Stat gets a corresponding “Feat”. When performing a feat, the GM assigns a difficulty level (+30 to -150) and the player rolls adding their STAT SCORE. If the roll is over 100 that attempted Feat succeeds. Depending on the Feat, the GM may elect to use % success as well.

Of Strength. Attempts at a short, finite burst of strength to lift, move, break or bend an object. Use RMU Feat of Strength rules for guidelines)

Of Constitution. Used for saves vs. Poison and Disease. We replaced normal level assignments for poisons and disease with Difficulty rating.

Of Intuition. This is the “Sixth Sense” of the character. This could work passively—a GM could ask for a perception roll and use the Intuition stat score instead. Players shouldn’t rely on this as a skill, but in very rare or special circumstances. A GM could also just roll for the player with the highest Int. Score.

Of Memory. Used when a character/player wants to recollect something from the past.

Of Presence. Used when trying to influence another: charm, convince, persuade, intimidate etc.

Of Self Discipline. Used for saves v. Fear, Shock or Disorientation.

Of Empathy. Hmmm (this needs more work?)…the ability to sense others mood or temperament or to soothe/calm an animal or emotional person.

Of Reasoning. The ability to correlate info, make conjectures or make mental assessment of facts.

You’ll note that these Feats merge some skills, some RR’s and some special rules into a simpler framework. This ties these abilities directly to the player’s inherent abilities (stats) and not a level based resolution or a skills with marginal utilitity. I especially like taking the level assignment from poison, disease and even fear and using the maneuver penalty scale instead.