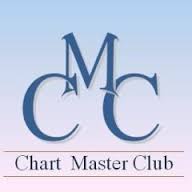 So, it’s December 12th 2016 and the official Iron Crown website has been down for 3+ days, stalling a number of thread discussions on RMU development. This momentary pause got me to thinking. Rolemaster has always been criticized for being “chart heavy” but with RMU and a few tweaks, most of the charts can be eliminated. My own house rules have already done a lot of simplification but even a quick review of RMU indicates that most charts are illustrative and not really needed during gameplay. In overview:

So let’s go through the charts and see what could be eliminated. (Using RMU CORE 2014 March 15)

2-2 Maneuvers. The failure/success ranges are intuitive that there is really no need to refer to a chart. Difficulty name tags (casual, routine etc) can be eliminated and a simple range of -100 to +100 applied by the GM (btw this actually provides more range of difficulty for the GM to implement than the pre-set difficulty levels). Light and pain mods can be included in a master modifier chart (with melee mods). Other modifiers are mostly encumbrance related and don’t need a chart. So basically 9/10ths of this chart can be eliminated or simplified or doesn’t need to be referenced during game play. Result – Chart eliminated.

2-3 Movement. Name tags (creep, walk etc) can be eliminated and just use pace multiples of ½ to 5x. As Hurin suggested in a RM Forum thread, a simple penalty per pace multiple can be set. In addition, the encumbrance penalty can be applied to MM and to the total rate itself. Result – Chart eliminated.

2-4. Sizes. A useful reference tool but once a size is applied to a creature than it is not necessary. Eliminated the name tags (Tiny, Small, Huge etc) and just using the size # (I-X) makes size calculations easier (see next table). Result – Chart only used as reference to assign a size to a creature.

2-5 Attack Size. I proposed a simpler size adjustment system: 1/X or X/1 per size difference and +1/-1 to critical results per size difference. Simple and easy. It’s the system I’m using with Beta 2 although there were some changes to the combat tables in RMU Beta 3 that might skew results.  Result – Chart eliminated.

2-6 High Criticals. This info could be included on each weapon table so it’s easily referenced when determining attack results. With the new chart design there is room on each page. Result – Chart incl. in each weapon table eliminates separate look-up.

2-7 Hit Loss Penalty. This small chart could be rolled into the master modifier chart (with melee mods and lighting etc) or a GM could just apply a penalty equal to hit loss (rounded to nearest 10%). Result – Chart consolidated or eliminated.

2-8. Resistance Roll. Stat RR’s can be included in the stat section and the failure results can use the unified maneuver scale. Result – Chart eliminated.

3-2 Race Sizes. Rather than apply a name tag: “S”, “M” or “L” skip to the actual “numerical size”: III, IV or V. The remainder is just char gen reference.  Result – Chart simplified and used for reference.3-2

3-6 Stat Gain. We eliminated this chart and just use DP’s to advance stats. However, RAW, this is only used on level advance. Chart used for stat gain only

4-1 Skill Summary. Reference only. Not needed in game play.

4-2. Skill Similarity. Simple enough that you don’t need to refer to it. Include in GM screen or eliminate it at GM’s discretion of skill use.

4-3. Animal Maneuvers. I’m not a fan of a separate modifier chart for every single skill. Some basic guidelines on difficulty modifiers would be my choice. Chart used at GM discretion.

4-4 through 4-9, 4-11, 4-12, 4-14, 4-15, 4-16, 4-17 These are a perfect example of chart bloat and adds to the perception of “Chartmaster”. These should be eliminated and used as presented with the unified maneuver scale. Perhaps some examples of what a “failure” or “partial success” could be included in the skill description but results really depend on context and situation. Charts redundant and should be eliminated.

4-10. Knowledge Tier. Useful and ties the skill/lore system together as discussed here.

4-16. Driving Maneuvers. Again this seems like “Animal Maneuvers”. Unneeded complexity, lots of modifiers for a single skill. Chart should be simplified or eliminated or moved to optional rules or companion.

5-* Tables. Talents should be optional rules but are not needed for regular gameplay. Optional

7-1 Action Points Action. I think there are currently changes being made to the initiative and round resolution system.  In development?

7-2 Charging. This could be simplified. For instance, the size category can increase by +1/pace X. Pace modifier would still apply. Chart eliminated!

7-3 Attack Roll. This could morph into the master modifier chart to include the handful of useful modifiers in previous tables (lighting, terrain, position etc). Included in master mod chart.

7-4. Disarm Maneuver. Lots of rules for one skill. Personally I think disarm should just be a standard result in the critical roll or purely a maneuver resolution separate from melee actions. Disarm, dodge, ambush are problematic powerful skills with complicated rule resolution. Work needs to be done.

7-5 Katas. These rules may need some work but there are only a few mods in a small chart. Include in master modifier chart.

7-6 Protect. Include in master modifier chart or review for simplification. It seems that this should only work if the Protector is at the flank of the defender. Move protect mods into individual weapon chart.

7-7. Slaying. It makes more sense to just have Slaying bump up the severity and not add to the crit roll. Thus the chart would be eliminated.

8-1  Armor Flexibility.. Delete and/or incorporate into 8-2.

11-1 Power Level. Optional but should be expanded to include other mechanisms to adjust (equipment, DP’s etc). Move to optional rules or companion.

12-1. Endurance. Use unified maneuver scale. Eliminate. The few mods could be included in the master mod chart.

13-6. Feats of Strength. Simply with an intuitive conversion of weight to weight. Eliminate chart.

13-7. Poisons & 13-8 Diseases This is something that needs to be simplified for game play. Perhaps create 1 affect/poison or disease and use the unified maneuver role scale.

You’ll note that most RMU skill charts do follow the Failure/Failure/Partial/Success unified maneuver scale—but many skills have their own chart. That adds to the perception that RM has too many lookup charts for gameplay. Rather than include a chart for various skills, some simple guidelines on what a “partial success” or “partial failure” may look like to help a GM.

All in all, the total modifiers for environment, health and melee situations can be distilled into 1 master table. All the spell casting and magic mods could be distilled into another chart: 2 pages total. The few remaining charts are either reference, optional or used only at character gen or leveling up. You still have individual weapon attack charts, fumbles and crits but that’s what people love about RM. Everything else can fall under easy to remember, intuitive or quantifiable labels to ease gameplay. All the mods can be consolidated into 2 master tables. In other words, a unified rule system.

2 thoughts on ““Chartmaster” or “ChartLESSmaster”? Simplifying Rolemaster is Simple!”