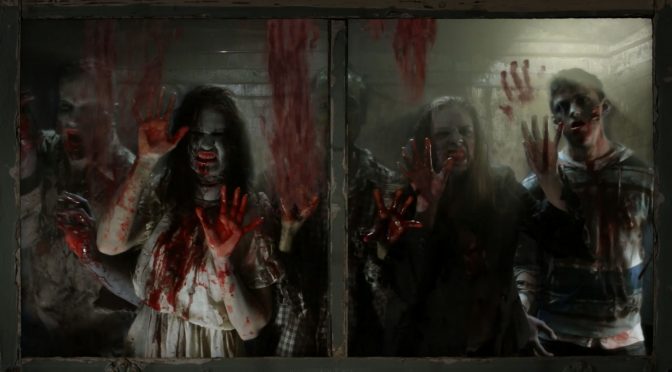 There is so much I can write about after the last session I don’t really know where to start.

Firstly, the house from Saltwater Marsh worked perfectly so thank you for that suggestion.

Secondly the Spooky effects from Azukail Games were brilliant and even before the players worked out the place was haunted they were beginning to say that the session was getting creepy. That is all you can ask for really when GMing a bunch of 50 year olds!

So down to what I learned this time. I didn’t really learn this but I should have been aware of it. What I think is the obvious solution is never going to be what the players think is the obvious solution. So right now the guy who was trying to trick them into going to their demise is currently being seen as an innocent victim that was tricked into deceiving them against his will. What was his ‘in joke’ about them being of dubious parentage was completely misinterpreted and the characters have constructed many theories about the meaning of it. The prevalent one at present means that they are going to try and make contact with Randal Morn. The next module I am planning to send them through is the Sword of Daggerdale and starts with the disappearance of Randal Morn. What are the chances of that?

The party have only just made the connection between Colderan, the villain in the Doom of Daggerdale and Randal, being related. Colderan escaped at the end of ‘Doom’ and the party have assumed that he is one that has tricked the lay preacher of Lathandar into sending them to the haunted house.

The entire point of this session was to provide an interlude between the two Daggerdale modules. I had set it up so that the mannor house from Saltmarsh really was haunted and in the end I only used two Rolemaster ghosts, both class 2 undead and third level. I gave both ghosts the added innate ability to go invisible. To tie the house into the world I made it a former country house of the Morn family and as the party had said that they wanted to find out as much about Calderan as they could then I made it a former residence of the evil magic user.

To add an extra complication I surrounded the house with a sizeable undead army. 300 years ago or so Calderan had started a war against a necromancer and whilst initially he had relished the challenge of move and counter move against this ‘worthy foe’ eventually the necormancer had built up an army of undead and ordered them to destroy the house. The household was the target as that was Calderan’s home at that time. Calderan countered that by using a ritual to slay and create ghosts from his bulter and housekeeper and bound them to look after the house, keeping intruders out and repairing any damage as best they could. As both ghosts and what was initially a zombie army but now mostly skeletons fought this war of attrition then ghosts would use their abilities to drive off the skeletons and the try and repair the house. The necromancer had used the word household rather than house which means that if no one is in the house the undead sit around idol as there is no household.

When someone enters the house the undead march on the house and try and kill them. Between times the butler and housekeeper try and repair the damage with whatever they can lay their cold dead hands on.

Enter the party who force their way into the house though a back door. The ghosts try and scare the party away but at the same time the undead army awakens and starts to converge on the house for the first time in months.

We then had a nice little zombie apocolypse game with the players trying to battle the ghosts on the inside of the house and also trying to keep the undead out of the building. Their perimeter getting increasingly smaller as they were force back and back. The house was literally crawling with undead they were even scaling the walls to try and come in though the upstairs windows. The party had smashed up the treads of the staircases to try and stop the undead reaching the upper level of the house.

So I can tell you that the ghosts Constitution drain is a useless attack. After about 20 attempts there were only about 5 failures. It would have taken the ghosts weeks to have done any serious harm to any character using it. The ghosts were 3rd level and the party on average 4th. A higher level ghost may have been a different matter but these ghosts were useless at it.

The party had a life giving rune and two does of life giving herbs on hand so I felt completely free to not hold back. Two fatal criticals were delivered one by rolling a good old ’66’ and the other by rolling a 98 on the critical roll. Amusingly both were delivered to exactly the same character. He was not having a good day! I was pleased in that I have removed a large number of healing herbs from the party. This increases the relative value to the party of the more modest stocks they now have.

I was introducing one new undead into the house every three rounds just to see how the party would cope with slowly mounting pressure and it was interesting to see the stress levels go up and the players who were the most active became the most depleted. In theory 4th level characters vs 1st level undead whould have been no contest. The cleric and the sorcerer were trying to defeat the ghosts and the warrior mage and elemental warrior were fighting off the undead horde. The mystic was on healer duty and leant a hand with fighting the undead.

I am pleased that the party is capable of longer running battles and from going from encounter to encounter without having to rest up regain powerpoints so often. I have not haded out any adders or multipliers yet so they are all running on under their own steam.