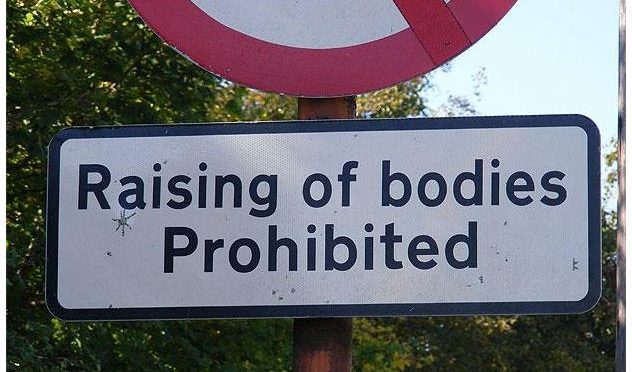 Funnily enough both Brian and I spent some time over Christmas planning a few blog posts in advance to take a bit of pressure off. Brian published his on Wednesday and has a proper Shadow World bent to it. Inspired by the same forum post I wanted to take a look at what Life Giving actually means in terms of practicalities for the PC.

If I remember correctly D&D’s Raise Dead spell left the newly returned to the living person on 1hp for a week while they recover. I think you had to be a 9th level Cleric to cast it as well.

I was thinking today about Rolemasters equivalent which is Life Giving. As with most RM spells there are multiple versions Life Giving I, II, III, IV, V and True. They start at 12th level and Life Giving True is the 50th level biggy. What changes between iterations are two parameters.

When Life Giving I is cast not only does the caster have to successfully cast the spell but the person being brought back to life needs to roll under their constitution on a D100. With the first version for every day that the person was dead 10 is added to that percentage roll. Now technically the spell can bring back anyone who has been dead for up to a year but for that to happen they would have to roll under their Con stat with +3650 on the dice. That is a hell of an open ended downwards roll. In practice a successful raising is unlikely to happen if they have been dead for more than 5 days unless they were built like and Ox.

Once a person has been brought back they are at -100 to all actions for a period of time. With Life Giving I that period is 100 days for every day dead. So if you were dead for two days then you are at -100 for 200 days. That is a bit of a steeper tariff than the 1 week at 1hp back in my D&D days.

So imagine a PC is killed and it takes three days to get them to a suitable cleric. The character rolls under their Con despite the +30 on the roll. They are now at -100 for 300 days. That is the best part of a year. I think that pretty much puts the character out of the game. Unless the entire party decides to do a year’s worth of spell research to bide their time while the character recovers I cannot see that character remaining part of the party. In my RMC game the party came together about 4 weeks ago. When they met they were 1st level now they are mix of third, fourth and fifth level. That has been non-stop high combat fighting for their lives. What would be the disparity in the characters if one took a year off while the others carried on? Obviously the levelling would tail off slightly as exp demands got tougher and I have been accelerating the characters though their first few levels to allow them to grow into their skills, but still I think you are looking at a 10 or 15 level difference if you extended that a year into the future.

Life Giving I will put your character out of the game despite being technically being alive.

Life Giving I is not that useful for characters/PCs but it is brilliant for NPCs. It is a damn sight easier to interrogate someone who is alive than someone who is dead! It is easier to claim the reward for returning the kidnapping victim if they are still alive and not every bounty is Dead or Alive, some are a bit more specific. Life Giving I is a great spell when cast by the characters rather than on the characters.

Now this is a playing group ‘thing’ but we do not tend to play beyond 20th level if we even reach that level. In my level less game spell lists rarely get above 20th level as that requires an open ended roll for each spell about 19th.

So what does a 20th level Life Giving look like? This is much more useable. The roll under your Con penalty is +1 for each day dead so our three day dead character has just +3 on the roll. That should hopefully be doable. The recovery time is 1 day for every day dead, so just 3 days in this case. That is Life Giving IV. There are not going to be many 20th level casters around but if you can find one and they are prepared to cast the spell then that is viable for PCs to carry on their careers.

Of course that is just the mechanics in the core rules whether your game world and the gods agree is a completely different issue!