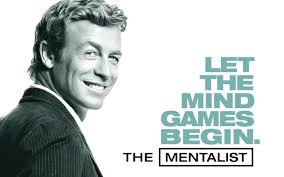 Most of my emails and forum messages have been asking about when I’m going to post the Mentalism spells for my Spell Law re-write. While Essence and Channeling were fairly straight forward, I’ve ended up re-working Mentalism several times–and now I’m doing it again! Part of this was a desire to really differentiate the realms: Essence is manipulation of the physical world and elements, Channeling is driven by the God’s aspect, “life forces”, and miraculous effects, and Mentalism are spells of mind and will. But what does that mean? What should Mentalism spells encompass for powers?

While Mentalism was never proffered as being Psionics, it was a good reference point for me to re-organize Mentalism spells, clarify their limits and group spells accordingly. Interestingly, I found that like Essence and Channeling, new spell lists and groupings created new profession possibilities.

Here are my initial power/ability groupings and associated lists/powers (same as Base lists). Most of them are just a single or a couple of lists to create a mental “Discipline”–most Mentalists might focus on 2-3 Disciplines for specialization.

Right now I’m around 30-35 “Base Lists”, 10 Closed (which are lesser/consolidated versions of base)  and a handful of Open (limited to 10th lvl). Similar to the other BASiL lists, you can easily move things around: “Telepathy” becomes the Mentalist Base, Pyschokinesis and Subterfuge becomes Mystic Base and Body Enhancement becomes Monk base–the rest drop into Closed and/or Open.

My goal was 50 total lists which I think I’m at, but it needs another pass through. If anyone has any ideas, thoughts, spells, spell lists etc feel free to comment. After all the Companions, Guild lists, and add-ons I have no illusions that anything I’m doing is truly original. For me it was re-organizing, filling in blanks, eliminating redundant and or useless spells etc. Happy to hear any suggestions!