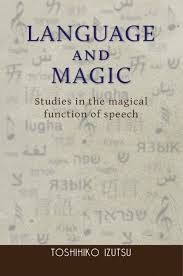 Now that we’ve laid the theoretical groundwork in Pt. 1 I wanted to explore each realm in a bit more detail. Since the original Spell Law, Essence has included the traditional spells established by D&D: fireballs, teleports, sleep, charm, fly etc and most of the general accepted “rules” of Magic-User spells.

Our deconstruction of Spell Law forced us to look at each aspect of Essence spells and casting mechanisms and see where it lead us. In reverse order:

Spell Powers. As a drop in rule set for D&D, it makes sense that Spell Law would include the basic range of Magic-User spells. However, one of our goals was to create clearer differentiation between the realms, reduce some of the issues of over/under powered spells littered through the lists and imply a logical motive for spells. For Essence we decided that it was “physical” magic, akin to science” manipulation of gravity, light, energy, elements, physical objects etc. So first we tossed out the spirit mastery spell list which we felt was better served by Mentalism or Channeling. Then we re-grouped spells by similarity, effect, or motive source rather than have professions themed lists that were filled with disparate spells in power and effect. So Fly was moved to Wind Law and Gravity Law—basically the same spell but with different working mechanisms. In Wind Law the spell-caster harnesses air to create a cushion that lifts and propels the target where Gravity Law nullifies gravity but produces the same spell effect. This became our “machine test”—could an Essence Spell be created using technology, a machine manipulation of physics or generated by math/computer processing? If so then it was a good fit for the Essence Realm.

Components. Unlike D&D that included physical spell components in some castings, Rolemaster didn’t dig too deep into the actual process besides making vague references to voice and hand gestures. SW delved a little deeper with spell “colors” for each realm, good/evil and hybrid spells but that was more for setting theatrics. So what are these voice/hand components? It was apparent that Essence couldn’t be cast in the spell-casters native tongue—that makes little sense! Are spell books described as being written in Rhaya or some other social language? Does that mean that every spell has been transcribed into all the individual world tongues? Of course not. The implication is that the voice/hand components of Essence casting is a magical language of arcane sounds/inflections/gestures. This magical language is the trigger and focus for generating spell effects. RM has introduced Magical Languages, but more as an optional rule or a skill bonus to casting, NOT as the standard input for casting. If we accept that a magical “language” is needed to cast an Essence spell than we need to accept that the caster’s skill mastery of that language is important to spell casting. In other words, the Magical Language skill should play some part in the SCR.

Let’s use a metaphor. Assume that only legal contracts written in French are considered legal and binding (the force of law). You can have lawyers in various countries all with extensive knowledge of the law, statutes or legal specialties, but their ability to read/write French is going to define their ability to practice law and create legal products. In this example the lawyers are Essence Casters. They are taught/learn spells (law) but can’t utilize this knowledge unless they translate their knowledge into an accepted format (Magical Language/French). In our rules a spell caster can learn a lot of spells but their skill in casting will be dependent on their Magical Language skill.

Encumbrance. It’s a well imbedded trope in fantasy RPG that M-U’ers can wear armor. In D&D they just made it an arbitrary rule w/o much rationale to enforce profession roles and group balance. In Rolemaster a convoluted process has evolved combining organic/non-organic material, ESF, Transcendence Skill and a whole lot of work-arounds that too me, just seemed silly and overly complex. You can read the forums about all the issues around Transcend Armor, calculating encumbrance type, channeling and casting etc. Our “Free Market” approach to our rule set meant that we build opportunity costs into skill choices and I wanted there to be an armor/encumbrance cost to Essence casting. Since we eliminated Maneuvering in Armor skill, we just use the encumbrance penalty (RMU) in the SCR. No need to worry about organic or inorganic material, no worry about what type of armor. However that encumbrance penalty can have a real impact on spell casting. Intuitively it makes sense. We see “Essence” casting as a conductive process—the caster is the foci of the effect using the Magical Language to gather, hone and release power. Any encumbrance on our around the caster will interfere with this conductive process, acting as an Insulator and disrupting the spell power.

Casting Time. IIRC D&D had varying casting times for each spell. Rolemaster introduced a standardized system of 1-3 rounds (10-30 seconds). 30 seconds seems like a long time, but we’ve switched to 5 sec. rounds so 15 seconds seems workable. I like the idea of varying spell casting times, but in a nod to convenience we decided to stick with the 1-3 rounds for Essence. However, we discarded the Class types and just assigned SCR penalties for casting in 1 (-50) or 2 (-25) rounds.

So that’s where our analysis led “Project BASiL” for Essence. Casting is determined by the skill in Magical Language, is affected by Encumbrance penalty, casters can decide on casting time but may take a SCR penalty and the Essence Realm is redesigned and organized to fit our concept/theme of the realm.

Next up in Pt. 3-Channeling!