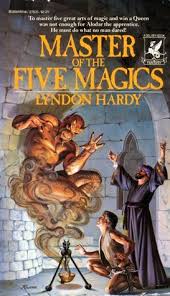 There has always been basic indications that the Rolemaster spell realms operate under different mechanics. Essence and Channeling are affected by armor, Mentalism by helms, verbal and hand gestures are necessary components of Essence but not so much Mentalism etc. At the same time, the general casting mechanics of 3 rounds for most spells were uniform across the three realms without any serious mechanical differences.

Most of these rules were more the result of built in game tropes, the need for “balance” and to facilitate gameplay (combat) than any rigorous attempt at realm differentiation. During our Spell Law rewrite (Project BASiL), we started from scratch—deconstructing the various spells, powers, categories and casting requirements and then rebuilding spells and realms in an intuitive and organic fashion.

A few questions, points & thoughts we had at the start:

Some of these issues have been partially addressed in companions or touched upon in RMU but these are all add-on rules that created one-off situations rather than a cohesive foundation for the Spell system.

For us the solutions mostly presented themselves. Our first step was to reclassify spell “Realms” based on the casting mechanics and the boundaries and scope of the realms powers. This required re-defining and expanding on the 3 traditional “realms”.

Once we built this basic framework we could develop specific casting rules and create new spells that easily dropped into their appropriate “realm”. This also facilitates a scalable process of introducing new or unique lists, setting specific magic or even build new Realm categories as needed without trying to shoehorn into the limitations of the original Essence, Mentalism or Channeling paradigm.  Some examples are Moon Magic, Warrens(Malazan), Blood Magic, Arcane, Spirit/Totem etc).