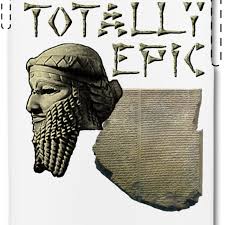 50th lvl…the mythical pinnacle of roleplaying achievement. I vaguely recall 1sted. D&D and I don’t recall 50th lvl (maybe it was 20th in that game system?). I do remember looking through Rolemaster for the very first time and thought the 50th lvl spells were so crazy—and cool! It opened up a world of possibilities. After that, MERP modules continued to introduce VHL (very high level) NPCs that continued pushing this perception of Rolemaster: deadly, complex and high level. After that…Shadow World. Again, the inference was that this was a high fantasy world, only populated by incredibly powerful NPCs and organizations.

So, Peter and I are working on a 50th level adventure series. Mine are based in Shadow World, but I’m going to convert these adventures to a generic format. So guess what? Creating adventures can be hard, but creating an adventure for a group of 50th lvl +- adventurers is even tougher!

Some people would argue that RM system rules break down around 15th lvl. Others would argue that the gradual power progression of RM spells, while potent, is not the same progression as the power progression of spells in AD&D—spells like “Wish” make high level Magic Users or Cleric almost god-like. Many 50th lvl spells in Spell Law are just “Laws”: the ability to cast lower level spells 1/rnd. That’s an efficient resource spell, but perhaps doesn’t lend itself to a transcendent narrative.

My first question when starting this adventure design was: “Under what circumstances would a 50th lvl PC even get involved? Not all world threats should, or can be, handled by a “well balanced group” of 5-15th lvl characters. An adventure should be: challenging, interesting and rewarding. Once a PC reaches the heights of 50th lvl, what is challenging? What adventure could possibly be new, novel or interesting? What could be rewarding for a player group equaling 200-250 levels?

We are going to try and find out with our Rolemasterblog 5of50 later this year. Have you run or played in a VHL adventure or campaign? What worked? What didn’t?

7 thoughts on “50th level adventures in Rolemaster. Does it work?”