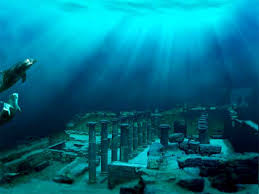 It starts with an encounter category table divided into simplified environmental zones with sub tables depending on the result. It also has two aux charts for distance to encounter and attitude/behavior of encounter if applicable. With just these tables it is easy to randomly generate SW encounters on the fly, generate a quick NPC group or other random event or encounter.

But oddly, I got fewer messages or feedback on the encounter chart than I did with many of the other uploads. I've included it below in Excel format so it's easy to change, adapt or expand as needed.